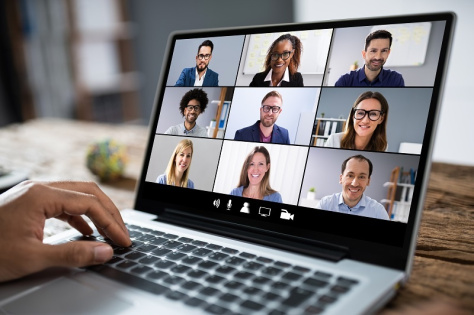 1. Are video teleconferencing apps and technologies capable of replicating and feeding that human connection that you say is so essential to our brains?

As much as we would like to think that human beings are capable of duplicating and mimicking physical human connection, the answer is no. Human beings have not been able to virtually replicate the in-person connection. Perhaps the biggest reason is that, according to social psychologists, our human brains were created and wired to connect and interact with others and to do so in physical proximity to one another.

We can see how, during the COVID-19 pandemic, people were Zoom-fatigued. That is, we “connected” online and virtually—seeing each other’s faces and hearing one another talk—but at the same time feeling that it’s just no where the same as doing so in person. Indeed, researchers have found that the greatest bonding experience actually occurs during in-person interaction rather than by video chat, audio chat, and instant messaging.

2. What are the nonverbal cues that enrich our communication? Why are they so important to connecting and getting work done?

3. Are there times when face-to-face is not necessarily right?

I believe that there may be times when it may not be in the best interests of either or both parties to meet face-to-face. This can be when emotions run extremely high, when there’s protracted interpersonal conflict, or when there’s risk to psychological or physical safety. In these scenarios, a third party mediator might need to step in to de-escalate and diffuse the situation prior to meeting in person.

4. Will the push to recreate human-to-human connection via apps and video conferencing change our brains? Can we find the same kind of psychological connection through online groups like Slack and Facebook groups?

I don’t think our brains will “change” because of the use of apps and video conferencing softwares. The same applies to online group chats such as Slack or Facebook groups. Our minds adapt to a new/different way to communicate but the need to connect—physically—will always be there. As I mentioned in my answer to #1, researchers have discovered that the best and greatest bonding experience happens during in-person interaction, followed by video chat, audio chat, and instant messaging.

5 Tips On How To Prepare A Good Online Onboarding Process

5 time and cost-saving tips when planning your office fitout

Human Connection Is A Necessity For The Workplace

WorkTime News Feed
An employee referral program is a great source of fresh new talent for your business. A 2017 study found that more than 30% of...

WorkTime News Feed
At the 1983 International Design Conference in Aspen, Steve Jobs delivered a speech addressing the theme of the conference; The Future Isn’t What It...

WorkTime News Feed
Progress for women in work could be back at 2017 levels by the end of this year as a result of the COVID-19 pandemic,...

WorkTime News Feed
There is real optimism amongst small businesses owners that their businesses will return to pre-COVID normality by the end of the year, claims Tide....

How to fire an employee with empathy, and support your team...