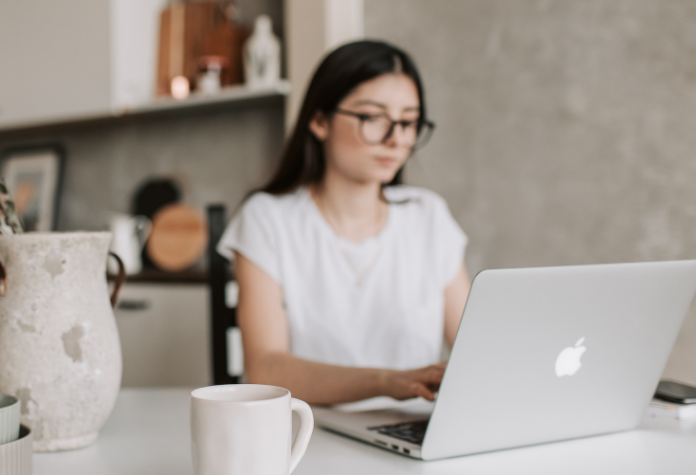 Hand selected flexible workspace news from the most reliable sources to keep you ahead of the pack. We find all the latest news, so you don’t have to. Morning and afternoon updates. Stay in the know.

Here’s what you need to know today:

The mass migration to remote working has proven that employees are able to maintain productivity, but it has also magnified the problem it has on our creativity and collaboration.

Now is the time for companies to make the transition from simply enduring these challenges, to becoming more resilient.

One of the main ways businesses can do this is to adopt a hybrid work model, which allows employees to reap the benefits of remote working and in-office attendance.

Workers can also come into the office parts of the week for in-person collaboration and have social interactions with their colleagues.

However, the office is expected to look much different than it did pre-pandemic. In the future, the workplace will have to be a place that emphasizes the importance of collaboration and all-hands meetings.

Architect firm Elkus Manfredi created an engagement methodology called “co-creation” to help address the challenges that are bound to emerge from making these big changes to the office. It involves listening to everyone in the company at every level to understand what they need to do their best work.

Doing so creates a culture of inclusivity, while allowing companies to truly execute the best operational strategies that can help employees work as efficiently as possible.

Coming Back To The Office Will Be Redefined

Although the promise of a vaccine is inching closer and closer to reality, that doesn’t mean workers will be able to flock back to the office anytime soon.

At the moment, about two-third of U.S. workers who are working remotely want to do so in the future as well, but coming back into the office may never look the same again.

The last several months have forced companies to upend their regular operations to shift to a distributed workforce. This has allowed businesses to be choosier about what they want out of their offices as the commercial real estate industry attempts to rebound.

In a post-pandemic workforce, the priority will become nurturing the culture of the company, and the office will play a role in doing so.

“We have the most flexible work schedule, ambitious paternity and maternity programs, unlimited vacation,” said Nick Romito, founder and CEO of commercial real estate tech firm VTS. “Even as liberal as we are to give people their flexibility, it’s still really hard. You invest all this time in building a really good team, those teams want to be together. Pushing ideas out of each other is really hard to do when you’re staring at a screen all day.”

However, companies are navigating how to keep hosting virtual gatherings in a way that is thoughtful and keeps employees engaged.

But the office isn’t going anywhere. Instead, it will become a more flexible, health-conscious place that operates on short-term leases and touchless technology.

Amazon is on track to meet its hiring goals at its new second headquarters in Arlington, Virginia despite the pandemic causing U.S. unemployment rates to skyrocket.

However, the future of how and where employees will do their new jobs is still uncertain.

“The only thing we can do is be authentic,” said Brian Riley, head of talent acquisition for HQ2. “We don’t know the answer to those questions right now. But what we do know is we are providing employees the work environment they need to be successful.”

Riley added that the company is committed to the minimum 4 million square feet of workspace in Arlington, but they are still reevaluating the role it will play in an increasingly virtual world.

“We’re continuing forward as if we will occupy the same space that we’ve been planning for,” said Riley.

This is crucial for Arlington’s post-pandemic recovery, as the new headquarters is anticipated to boost hotel stays, restaurant and retail business and bring in other technology companies into the area.

However, those offices are limiting the number of workers at the moment as Amazon employees are not required to come back into the workplace until June of 2021.

Serendipity Labs is looking to restructure its operations by filing for Chapter 11 bankruptcy after it failed to refinance its debt.

New York-based Serendipity Labs filed for Chapter 11 in the U.S. bankruptcy court for the Northern District of Georgia, which was caused by the company not being able to pay off or refinance a $4 million loan from HALL Group.

John Arenas, CEO of Serendipity Labs, said that the company is seeking new investments to pay off its obligations and come out of the bankruptcy. However, if that doesn’t work, he said he would look to sell the company next year.

Arenas added that the company was unable to refinance the loan due to government mandates closing several of its locations.

“This is a reorganization. It isn’t a liquidation, it isn’t a fire sale, it isn’t a company that’s ending,” said Arenas. “It’s a company that’s using the bankruptcy laws to reorganize itself, to optimize the benefit to creditors, to pay them all, and to move on and continue to operate, which is why these laws were set up.”

HALL Group led the coworking firm’s Series C investment round, and reportedly refused to extend the loan’s maturity date. However, HALL Group has disputed some of the company’s statements.

“John and Serendipity have made numerous assertions that we do not believe are borne out by the facts,” a spokesperson for HALL Group stated. “We’ve responded to such assertions in our public filings with the bankruptcy court and welcome review of those filings.”

The New Future Of The Workplace

The workforce has made several years’ worth of advancements in 2020. While returning to normalcy is likely off the table, a “new normal” will shape how we work for the foreseeable future.

This year, workers have proven that they can be just as productive working from home than in the office. Thanks to technological advancements, service providers and cloud companies. workers all over the world have been able to stay engaged.

However, this time has also highlighted major problems with distributed workforces, such as how the lack of face-to-face interactions impacts our mental health.

Knowing this, what can companies do to find a balance between our new normal, while accommodating basic human needs?

The physical office will still play an essential role, even with a more remote workforce. In the future, these workplaces will need to focus on more flexibility, safety, technology and agility.

We can expect workspaces to enhance their cleaning and distancing protocols, as well as implement technology that makes tracking occupancy simple.

Additionally, team meetings and social events will require larger spaces to accommodate distancing guidelines. The impact of this could be reflected in coworking operations, which will likely play a significant role in company’s operational strategies moving forward.

Technology implementation has never been more important. Companies should continue investing into new connectivity and conferencing tools, particularly as workers become more distributed and need a sense of connection with their colleagues.

Coworking provider Breather is being sued by the landlord at its 336 West 37th Street location, stating the firm owes $91,000 in unpaid rent.

IGS Realty Co. filed the lawsuit on Monday, stating that Breather has failed to pay rent at the location since April. The suit states that the landlord sent Breather a default notice in November, but the coworking firm has yet to start paying rent.

This is one of many reports of coworking providers facing lawsuits from landlords. For instance, Knotel has had 21 lawsuits totaling $10 million filed against it. Additionally, IWG recently had a $4 million lawsuit filed against it after the closure of one of its Chicago locations.

2020 has been a trying time for the coworking industry. However, Breather was one of the few providers that did not lay off any employees throughout the pandemic, but it did lay off 17% of its staff in December 2019.

Creative firms have most to lose from a loss of serendipity

Unemployment Money Chaos Redux?; Clawing Back Dough From the Rich

Editor Work2.O
FutureOfWork #Changemakers are leaders who play an active role in defining the future of work, workers, and the workplace. Through this spotlight series, we...

WorkTime News Feed
Human resource  Source Intro to Machine Learning Machine Learning is a first-class ticket to the most exciting careers in data analysis today. As data sources proliferate along...

The return to buildings will now focus attention on ventilation

WorkTime News Feed
The UK COVID-19 vaccination programme is well underway. Once the over 50s, younger people with health conditions, NHS and care workers have received the...

WorkTime News Feed
Almost two million workers were unemployed or fully furloughed in January – and had been for at least six months – highlighting the scale...

Doing what you love may not automatically make you happier at...

The lost art of office furniture peacocking and the growing mental...

HOW FARMWORKERS IN MICHIGAN ARE FIGHTING FOR LABOR RIGHTS AND RESPECT

What they say has value: how to be a better listener...