Home accountability How To Build Humility, The Magic Ingredient In Leaders’ Success 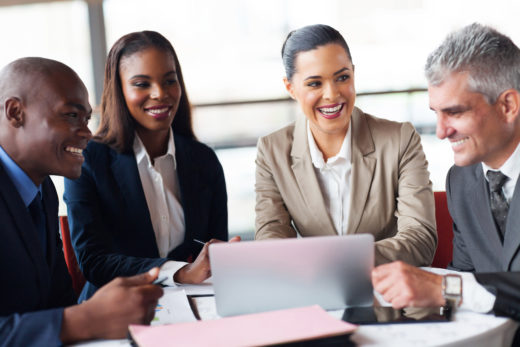 This article originally appeared on Forbes.

Leaders don’t have to agree with their team members’ ideas. But when they don’t acknowledge and respect employees’ dignity, “You start to lose people. They shut down, they disengage, they’re not enthusiastic,” says Marilyn Gist, noted speaker, academic and author of The Extraordinary Power of Leader Humility: Thriving Organizations, Great Results. “They may stay and do what has to be done. But they’re not trusting the environment or you, so you’re not going to get the best that you can out of them.”

Because today’s workplaces are increasingly diverse, with many stakeholder groups, it’s crucial for leaders to engage employees. The best-equipped leaders know how to build relationships and lead with humility, which Gist defines as “feeling and displaying regard for others’ dignity.” She sees the leader-employee relationship as “a dance between my humility and your dignity. If I display regard for your dignity, then we’re going to get along well, and you’re going to feel comfortable…. [but] if I’m not sensitive to the fact that there’s someone else I’m dancing with, then I might be stepping all over them.”

Here are six ways organizations can cultivate leaders with humility and thereby support employees to give and do their best.

Hire for humility. Any hiring process should include descriptions of the prevailing cultural norms, says Gist, so you can observe whether or not candidates are comfortable with them. Look for nonverbal clues, like eyebrows going up in curiosity or smirking, which tells you they’re not buying in. To assess the candidates’ self-awareness and whether they’re open to change, Gist recommends using concrete language like, “I’m serious about this. We have the following norms, and I’m going to require that you meet those norms in your interactions.” Find out how well candidates have taken and applied feedback in the past: It’s not practical to put someone in a leadership role if they don’t have a track record of developing interpersonal skills or if they’re averse to soliciting and accepting feedback.

Hold people accountable to the organization’s norms. It’s the leader’s job to go on the record, share expectations for appropriate behavior and call out transgressive behavior, even in other executives. This is hard to do if leaders aren’t willing or courageous enough to hold uncomfortable conversations, but it becomes particularly important if a top performer behaves badly. Gist suggests using language like: “We have an environment that respects everyone. What you said does not demonstrate that, and because you have power, some people who work for you may not feel comfortable speaking up, but I’m not going to [tolerate] an environment where that takes place.” If the behavior doesn’t improve, then it’s the leader’s responsibility to assert authority and provide the necessary coaching and counseling. Noncompliant execs may, in fact, be more comfortable (and successful) in another organization where those norms do not exist.

Leaders must behave consistently. In many organizations, the management team is composed of people who are similar or trying to stick together to accomplish business goals. This can make it difficult to be fully candid about the problems that managers cause when they behave in an unenlightened or hurtful way, whether they’re expressing their biases or treating people badly. “If you have one bad apple and you just look the other way,” explains Gist, “what you have said to everyone in the organization is, ‘It’s okay, it doesn’t matter; I don’t really mean what I say about [our requirement] to be respectful.’”

Both interpersonal and public speech count. If a leader makes sarcastic or negative comments about particular types of people, even if those individuals aren’t present at the time, the people who are in attendance may have a relative, colleague or friend who falls into one of the disparaged categories. They will notice that the leader is denigrating others’ dignity. “You can’t cut people up and have a healthy culture at the same time — that’s toxic,” Gist says. But when the leader calls out offensive behavior, “it stops. And if the leader holds the next level of managers accountable for the same thing, and for ensuring that people under them don’t do it, then you get that shift.”

Provide training and awareness programs. Whatever your programs’ content — diversity, equity and inclusion or cooperation and collaboration — they’ll be more successful if they’re conducted by facilitators who set and enforce ground rules for respectful discussion. To prevent participants from responding defensively, Gist advises using reassuring language: “We’re all in this together. Wherever we are at this moment in time is a function of our life experiences, what we’ve been taught and what we’ve been exposed to. We’re going to honor that in this room.” She explains, “When you create [that] tone, people relax and they learn better.”

Be clear about performance feedback. It’s “dignity enhancing” to clarify expectations and goals and clearly lay out a job’s requirements, Gist notes — even if, after reestablishing expectations and monitoring performance, it becomes clear that an employee is not a good fit. If someone has strong technical skills but lacks humility, Gist suggests moving them into the role of individual contributor, so they won’t be harmful to other team members. If an employee is willing to change, their manager may be able to work rigorously with them to develop their humility and people skills. But if they lack self-awareness and are unwilling to change, they’re unlikely to contribute enough to the organization to offset the damage they’ll do to their colleagues.

The diversity of today’s workforce requires that all employees be treated as unique individuals. Leaders with humility who apply these six approaches will help ensure that everyone is managed with the dignity they deserve.

The much-awaited office reunion and the insights it has revealed

Engineered familiarity in the new era of work

The five p’s of banking

From the archive: Flexible working may improve productivity, but does it diminish creativity?

WorkTime News Feed
Originally published in December 2014. Homeworking seems to have become a bit of a hot topic this year, but one sentence published on the...

A shift from competition to community has never been more important

WorkTime News Feed
Now, more than ever, both at home and at work, we need to be surrounded by people we can rely upon and trust as...

Shutting It Down: How to Be a Productive Project Closer

‘Zoom rooms’ and breakout space top of the agenda for post-COVID...