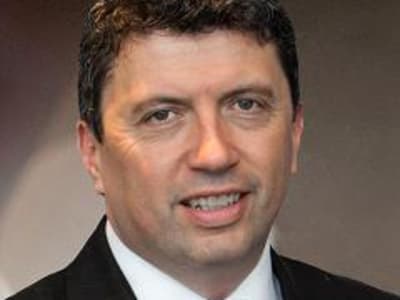 Economists surveyed by Dow Jones had been looking for 830,000.

The total for the week ended Oct. 10 was the highest number since Aug. 22 and another sign that the labor market continues to struggle to get back to its pre-coronavirus pandemic mark as cases rise and worries increase over a renewed wave in the fall and winter. The number represented a gain of 53,000 from the previous week’s upwardly revised total of 845,000.close dialogThe top moments in business and politics – wrapped with exclusive color and context – right in your ears

Despite the higher-than-expected total, the level of continuing claims continues to fall at a brisk pace, declining by 1.165 million to just over 10 million. Continuing claims data runs a week behind the headline claims number.

The economy has recaptured some 11.4 million positions, or about half those who were sidelined. The unemployment rate has come down to 7.9% but is still more than double its pre-pandemic level.

The insured unemployment rate, a simple measure that compares those receiving benefits against the total labor force, slid 0.9 percentage point to 6.8%.

Those receiving first-time benefits under the Pandemic Unemployment Assistance program continued to decline, sliding by more than 91,000 to 372,981. That program provides compensation to those who normally wouldn’t be eligible for benefits, such as freelancers and independent contractors.

However, recipients under the program accounted for more than half of those getting unemployment benefits as of Sept. 26. Those receiving benefits under the emergency claims portion of the pandemic program increased by more than 800,000, though that data also is two weeks old.

“Although the absolute level of claims remains well above the pre-pandemic level, the declining trend of continuing claims is more important to watch,” Citigroup economist Andrew Hollenhorst said in a note. “The decline in claims over the past few weeks, even after netting out those who transferred to federal PEUC, is encouraging, pointing to still-robust rehiring in late September, and should continue into Q4.”

Total benefit recipients also declined, to 25.3 million from 25.5 million, also as of the week ended Sept. 26.

Reporting of claims continues to be impacted by California, which has halted processing of its claims as it cleans up backlogs and looks to implement technology aimed at preventing fraud. The Labor Department has been using the 225,000 figure reported the week before the effort began.

This blog originally appeared at CNBC on October 15, 2020. Reprinted with permission.

About the Author: Jeff Cox is the finance editor for CNBC.com where he manages coverage of the financial markets and Wall Street. His stories are routinely among the most-read items on the site each day as he interviews some of the smartest and most well-respected analysts and advisors in the financial world. He also is a frequent guest on CNBC.

The Impact of Job Loss in Immigrant Communities During COVID-19

🇮🇱 Top Internships in Israel for Smart College Students in 2021

Tim Kelley on Building an Organization with a Purpose #Work2dot0

From the archive: Flexible working may improve productivity, but does it diminish creativity?

WorkTime News Feed
Originally published in December 2014. Homeworking seems to have become a bit of a hot topic this year, but one sentence published on the...

A shift from competition to community has never been more important

WorkTime News Feed
Now, more than ever, both at home and at work, we need to be surrounded by people we can rely upon and trust as...

Biden backs right of Amazon workers to attempt to organize

What are some outdoor risks to work health and safety?