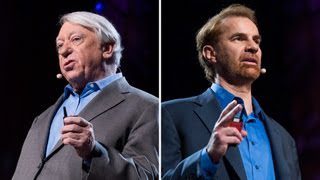 Robert Gordon says that the era of big innovation is over and that U.S. economic growth could slow dramatically as a result. Erik Brynjolfsson says that innovation is far from over and, that instead, we are simply feeling the growing pains of a shift from an economy based on production to one based on ideas. At TED2013, the two debate.