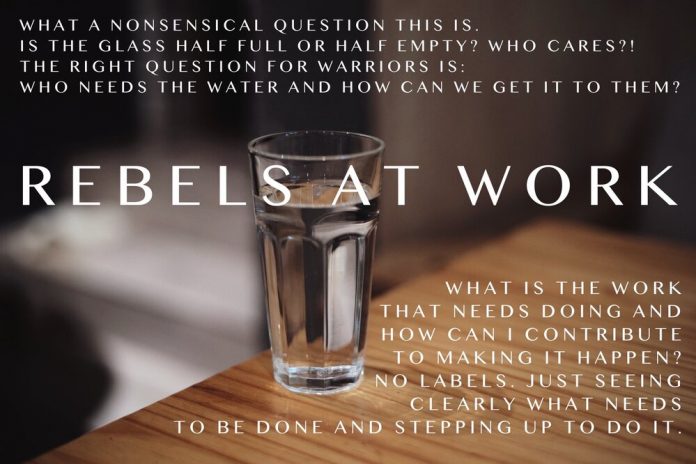 Ask a Rebel at Work to name a business writer whose work has inspired them and I bet many of them will say Meg Wheatley. I remember reading her landmark work Leadership and the New Science almost 30 years ago and realizing I would never again view work, or my life, the same way. Just this week, a Rebel at Work shared this image on our @RebelsatWork Twitter timeline. 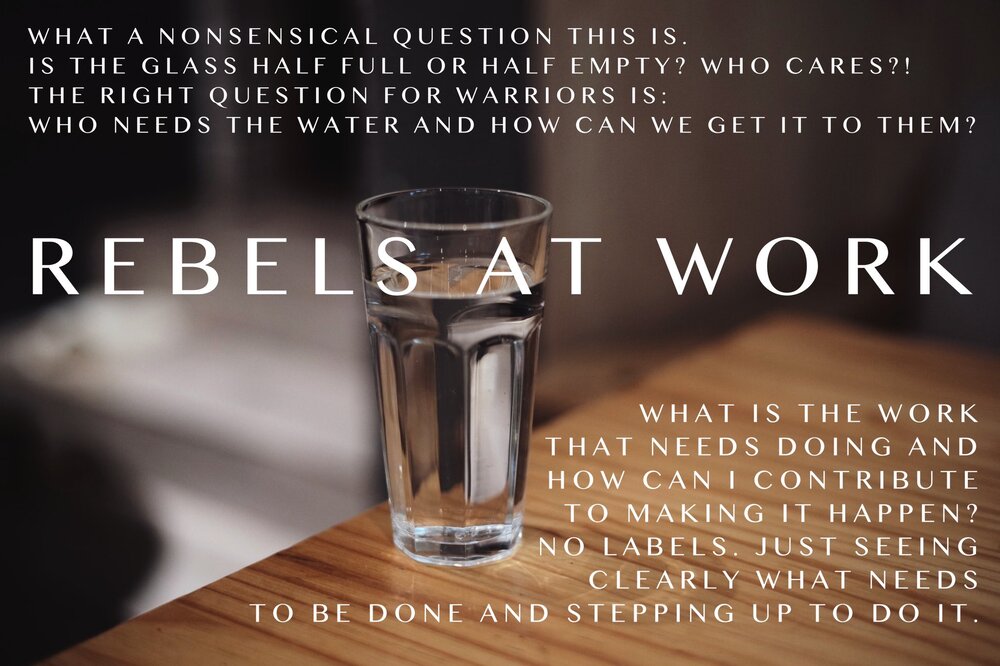 The quote is from Meg Wheatley. The image was prepared by janet kuopus (@jakuop225)

Those are pretty words from Meg Wheatley. “What is the work that needs doing and how can I contribute to making it happen?”

But honestly, are there real-life examples of this selfless, warrior ethic? People who just roll up their sleeves and tackle the hard, nitty-gritty work of changing stuff. Perhaps even after suffering bitter defeat and rejection?

We give you: Stacey Abrams.

For our non-American readers, Stacey Abrams is an African-American lawyer and politician from Georgia. In 2018 she lost the race to be Georgia’s governor by 50,000 votes. She believed that voter suppression was to blame, and then decided to do something about it. As she puts it: “I sat shiva for ten days and then I started plotting.” She formed Fair Fight, an effort to secure voting rights for every citizen of Georgia. Her determined work is credited for Georgia voting for a democratic presidential candidate for the first time in decades.

There’s much for Rebels at Work to learn from Abrams’s example. Let’s start with the quote about shiva, which refers to the Jewish mourning practice of receiving guests for seven days after the burial of a loved one. Rebels at Work are often demoralized by early defeats—I know I was. This reaction is only natural; we’ve put in much effort only to be rebuffed by those who don’t perceive reality as we do. But Abrams didn’t let the mourning continue indefinitely. She limited the length and size of her pity party and returned to work to make change happen.

The second, significant lesson is what Abrams chose to do. Instead of running for office again in Georgia or even nationally—presumably she could have run for the Senate—she chose to address root causes. She worked to expand the pool of voters in Georgia and fight voter suppression. By doing so, Abrams provides us with a wonderful example of tilling the soil—laying the groundwork necessary to achieve real and lasting change. This is a step often skipped by Rebels at Work; in their haste to get their ideas adopted (and thus prove they’re RIGHT!) they engage in premature advocacy. Particularly after a setback, ask yourself what factors in your work environment need to be adjusted before you can reintroduce your idea. And then set yourself to make that happen—you may find that these “secondary” issues are less controversial, although they are likely to involve hard and less glamorous work.

Stacey Abrams also epitomizes several other qualities of successful Rebels at Work. Her resilience is obvious but we should also take note of her:

Clarity and Focus. Once she decided what needed to be done, she remained focused on her practical goal. In her words, “investment in an organization or an ethos or an ideology requires constant tending” This dictated her decision not to run for the Senate, but she also observed that she’s better suited for executive rather than legislative work. There’s another important Rebel attribute: self-awareness.

World-class communication skills. Communicating and speechifying are not the same thing. Apparently, Abrams is competent at both. And communicating is a fancy word for talking and listening to people. When you actually listen, which is the better half of communication skills, you learn what resonates with folk and what doesn’t. A mistake people make about communications is assuming that it’s about honing your persuasion skills. Actually it’s more about improving your ability to understand and empathize with others.

So we salute Stacey Abrams, who saw clearly what needed to be done and stepped up to do it!

Buildings with a digital twin have a lot to tell us

Communicating change: 4 steps to get your team on board