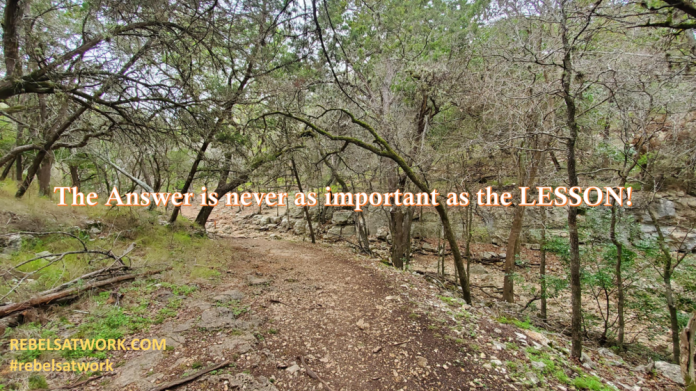 I have to confess to a guilty ‘pleasure’ of sorts: One of my favorite television shows is Air Disasters. (It’s called Air Disasters in the US, Mayday in Canada, and no doubt different names in other markets; it’s produced in Canada.) Recently I was able to binge watch about a dozen episodes, paying close attention to the concatenation of circumstances that lead to tragedy. If I were a human capital professional, I would make the show mandatory viewing for my colleagues. It focuses attention on the interpersonal dynamics of teams, the hidden costs of bad and immature behavior, and the perilous consequences of allowing imperfect humans to interact with imperfect technology.

A healthy relationship between the captain and the rest of his/her crew is essential to safe flight operations. And yet in many accidents where the stated cause is pilot error, the real reasons are more generic disfunctions in human relations such as bullying, intimidation and anger management

In one particularly tragic flight, the captain’s bullying behavior intimidated a first officer who clearly understood the pilot was making mistakes but became reluctant to say anything lest he be mocked. The captain teased and rebuked the conscientious co-pilot from the start of their flight until their deaths. Another fatal accident had a similar dynamic; the captain who flew his plane into the ground had well-known anger-management issues; his sour mood in the cockpit led his first officer to shut up until his death.

The boss as a bully is a common theme in Western civilization. I bet many readers of a certain age remember plenty of bullies in their careers, and I’m sure the CIA was not alone in having a stable of men—and some women—managers who made their reputations by abusing their staffs. I remember several CIA Chiefs of Station who were infamous for their authoritarian behavior, and surviving a bully boss often was a rite of passage for an aspiring officer. And we never thought of complaining about a boss just because he/she was mean.

Some old-school types probably still think that’s the way teams and organizations should be run. In fact it was just fifteen years ago that I received the feedback that I was not hard enough as a manager; it stung at the time but now I view it as a form of validation; it was never my intention to be hard. But what the studies of air disasters show is that the consequences of bullying are much more than hurt feelings—although attacks against human dignity are always deplorable; the consequences can be fatal not just for your team but for hundreds of innocent people who depended upon your execution.

And yet I imagine there are readers right now who are suffering from a bully boss. The airline industry has been forced over the years to address bullying behavior in the cockpit. All workplaces need to do the same. A bully boss prevents people from voicing their best ideas in the workplace; some of them could be life-saving.

Other pathologies that contribute to plane crashes will be familiar to Rebels at Work. Even when the captain is not a bully, other crew members, out of respect for hierarchy, will defer to him/her. Not speaking up when you see a problem is the default mode for many beaten-down employees. Managers deepen this dynamic when they declare, as they often do, that they don’t want you to bring up a problem unless you have a solution. It’s hard to identify a more ill-advised team policy. In effect, you’re devaluing teamwork in favor of the efforts of a single individual expected both to diagnose a problem and devise its solution. That’s just plain nutty. It’s like telling the NASA scientist who discovers an approaching asteroid to keep their mouth shut unless they know what to do about it.

Inadequate training is another common failing. As aircraft become more complicated (as work becomes more complex), insuring that people actually know how to handle the controls under all scenarios becomes more critical. Skills development and learning opportunities may be particularly awkward during our special pandemic period but they must be maintained.

The interaction between humans and advanced technology is supposed to result in new efficiencies and idyllic work conditions but often that prospect has been undermined by flawed assumptions and tragic results. The Boeing 737 Max accident investigations have revealed that engineers just didn’t anticipate how humans would, or would not, react to complex flying software. Pilots, who had seconds to react, were startled by the unexpected performance of the aircraft and so thus unable to recover stable flight. Humans are not robots and emotions of surprise and fear will undermine their performance (and on occasion enhance it). Artificial intelligence, no matter how well designed, can be sabotaged by the failure of a single mechanical part.

How humans and advanced technologies interact will be the dominant issue in the workplace for years to come. The pandemic has given us a slight taste of what happens when work must rapidly adjust to new technologies. It hasn’t always been pretty. It’s up to us to study carefully what we’re getting into so we can reduce unnecessary errors. Lives could depend upon it.

How to Deal with Failure in the Workplace

Future Of Work: 3 Key Trends For The ‘Transformational’ Year Ahead

‘We went from being essential to being sacrificial, all for the sake of the...