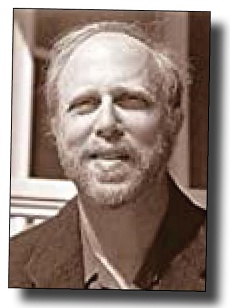 Unions are hoping that President-elect Joe Biden quickly takes control of the National Labor Relations Board and launches a new era of federal labor policy.

Over the past four years, a cabal of Trump appointees, determined to rewrite U.S. labor law, has run the NLRB into the ground. The agency has issued a steady stream of precedent-setting anti-labor rulings, seemingly designed to not only undo all progress made on workers’ rights during the Obama administration but also to grievously undermine the ability of unions to resist.

What are the chances that Biden will resuscitate the Labor Board and restore its role as a defender of workers’ right to engage in concerted action against employers? It may take quite a while before we find out.

The NLRB is governed by five Board members appointed by the president. The Senate must confirm each appointment by a majority vote of senators present and voting (a filibuster rule requiring 60 votes was jettisoned in 2013).

Board members serve for five years with one member’s term expiring each year. Depending on the composition of the Board and the number of vacancies when a new president takes office, it may take as many as three years before he or she has three seats, the number of members needed to issue precedent-setting decisions.

At present, four board members are in place. Three are Republicans. Chairperson John Ring and member William Emanuel worked for high-powered management-side law firms. Marvin Kaplan was a House staff member. The lone Democrat, Lauren McFerran, worked for a union-side law firm. One slot is vacant.

Biden will be able to nominate a second pro-labor member upon taking office on January 12. If GOP dominance of the Senate continues after the Georgia runoffs, the chamber may reject the nominee or delay voting for months. (It is also theoretically possible, though unlikely and without precedent, that Trump and McConnell will try to block Biden at the last moment by filling the vacancy before Trump leaves office, a so-called “midnight appointment.”)

Even with a second Democrat, Republicans will still have a majority on the board. Over the next eight months that majority is likely to issue a slew of anti-labor rulings such as a ban on displaying stationary signs and inflatable rats to pressure secondary employers and a weakening of the contract bar rule blocking decertification proceedings.

Biden should be able to nominate a third Democrat to take office on August 27, 2021, when Emanuel’s term expires. Confirmation, however, cannot be assumed. A GOP-controlled Senate may reject the nominee, leaving the board deadlocked two to two—assuming Biden’s first nominee is confirmed by then. Or, it may force a deal compelling Biden to appoint a more middle-of-the road nominee.

One move Biden can make immediately upon taking office is to appoint McFerran as Board chairperson. This will increase her influence but will not prevent the Board from issuing more bad decisions. On the other hand, unless Biden takes the bold step of sending him packing, Peter Robb, the union-hating general counsel, who supervises NLRB regional offices and plays a major role in setting the Board’s agenda, will be able to stay in office until his four-year term expires on November 16, 2021.

Eventually, a Biden majority may well control the NLRB. If Biden’s appointees are as labor-friendly as Obama’s picks, they will have an opportunity to reexamine many of the most harmful Trump-era rulings. The following cases should be at the top of their undo list:

This blog originally appeared at Labor Notes on December 7, 2020. Reprinted with permission.

About the Author: Robert M. Schwartz is a retired union labor lawyer. He is the author of several books including The Legal Rights of Union Stewards and No Contract, No Peace! A Legal Guide to Contract Campaigns, Strikes, and Lockouts. His books can be purchased from the Labor Notes online store.

The post Will Biden Resuscitate the NLRB? first appeared on Today’s Workplace.

Work2.0 is a #FutureOfWork magazine shedding light on the impact of technology, social-economic and political impact on the future of work.
Contact us: info@work2.org
© Copyright 2020 - Work2.0 #FutureOfWork Community
MORE STORIES
Uncategorized